Part 3: Seeing Our Own Big Picture

In our busyness, we can easily lose sight of the “big picture”.

Just as easily, however, we can gain perspective of the momentum and trajectory of our life and career by connecting the dots of our past and present.

Being able to see our own “big picture” will allow us to determine whether we are best served by following our current path, designing a strategy to refresh in place, or developing a plan to pivot to something new.

Momentum is the flow of our past and present life as a result of our upbringing, education, career choice, season of life, skills, talents, networks, and experiences – the good and the not-so-good.

Unless controlled, our momentum takes us forward on the trajectory of our past.

As time passes, and especially as a certain level of comfort and success is attained, our momentum is strong and hard to change.

Even if we are burned-out and bored, momentum can keep us planted.  We often feel an obligation to the past and feel obligated to maintain aspects of our present for our spouse, family, partners, and peers despite our discontentment and lack of interest or passion.

We can change our momentum, however.  The first step is to map it.

The Sigmoid or “S” Curve is a phenomenon we can use to map our momentum.

The curve is in the shape of an elongated forward slanting “S” that plots and patterns the cycles of life.

The cycles begin with a learning and development phase, followed by a growth phase, and then peaking and declining phases.

As humans, we follow the Sigmoid Curve as we age.

Businesses often use the Sigmoid concept to better understand their product and service cycles.

Our goal in business is to know when to “refresh” or “pivot” away from one product or service to another in order to sustain growth and push into the future peaking and decline phases.

Although we can’t really alter the trajectory of the curve as we age through our physical lives on earth, we can use the Sigmoid concept in terms of understanding and altering the trajectory of our careers and personal lives.

Knowing where we are on our work and life curves is a key aspect to understanding where our momentum may be taking us and whether that destination is aligned with our goals and desires.

The process to develop our curves is essentially scorekeeping – developing an accounting of our past to see where we stand.  With this information, we can then assess whether we are on the right path or in need of a refresh or a pivot from our current trajectory.

“Knowing where we stand in terms of our “big picture” can help us think bigger and more strategically about work and life.”

The following is an excerpt from my book, Reversing Burnout. How to Immediately Engage Top Talent and Grow! A Blueprint for Professionals and Business Owners:

Outside of designing biological treatment systems as part of my engineering career, the first time I came upon another use for the Sigmoid Curve concept as an adult was when I read the book Halftime by Bob Buford.  This was one of a handful of thought-provoking books that helped me navigate my life transition.

At that time, I felt the shape of the curve… and was intrigued.  I knew the commitment I had to learn and develop and how energized I was by growth.  I also recalled sensing a maturing of the growth and energy, followed by distinct peaking and decline phases.  I needed to map this out.

Since career success requires commitment and commitment starts with interest, I mapped the interest and energy I had toward my work along a timeline from when I graduated college (1993) to my then present decline.

I knew that my interest in my career as it was had peaked between 2010 and ‘11 as we began a significant strategic and succession planning process.  This was the second major strategic planning process I was involved with – so I marked that point (SP2).

I knew that I was pretty good and becoming proficient at “my craft” with the design of the first water treatment plant around 1996 and became licensed as a professional engineer in 1998 – so I marked those points (TP1 and P.E.).  I then documented parts of my rapid accent becoming a shareholder in 2001, leading the design of my fourth treatment plant in 2002, and becoming a vice president, major owner and joining the Board of Directors in 2003 – so I marked those points (S/H, TP4, and VP+).

After I knew my former professional interests had started to decline, I tried many other things to try to revive them. In 2012, I bought a piece of property at auction with the goal to have the zoning changed, design the subdivision, and sell or develop the parcels.  That pursuit was very successful, but my interest in my career, even as a land developer on the side, was still declining – so I marked that point (LD).

I then connected the dots.

Use the concept of the S-Curve and the example above to map your current the interest and energy you have toward your current career.

Are you growing, maturing, peaking, or declining?

Do you feel it may be best for you to continue on your current path, refresh in place, or pivot in a new direction?

Over the next week or two use your margin time to really dig into and to own your past, and keep adding detail to your curve.

Part 4 of this series will help us determine if and when it may be best to pivot.  Part 5 will help show us how best to leverage or retarget our momentum to achieve the future we desire.

PS – Ready to stop feeling burned-out, disengaged, and that you are missing out?  Check out our Executive Coaching Services: HERE

PSS – Click HERE… and then just sit back and listen to one of the most important chapters in “Reversing Burnout” for FREE.  Learn more about the realities of work and life today and how you can reverse and avoid the “Burnout-Disengagement Cycle” for you and your team. 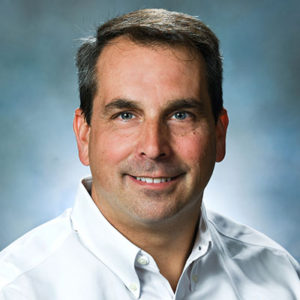 Peter C. Atherton, P.E. is an AEC industry insider with over 30 years of experience, having spent more than 24 as a successful professional civil engineer, principal, major owner, and member of the board of directors for high-achieving firms.  Pete is now the President and Founder of ActionsProve, LLC, author of “Reversing Burnout. How to Immediately Engage Top Talent and Grow! A Blueprint for Professionals and Business Owners”, and the creator of the I.M.P.A.C.T. process.

Pete works with AEC firms to grow and advance their success through modern and new era focused strategic planning, executive coaching, leadership and management team development, performance-based employee engagement, and corporate impact design. Connect with him through the contact link below.

For a more expansive biography and experience summary.